“Who Am I?” from The Hidden Teaching Beyond Yoga

The following is an excerpt from The Hidden Teaching Beyond Yoga: The Path to Self-Realization and Philosophic Insight, Vol. 1 by Paul Brunton, a step-by-step guide to actually experiencing the spiritual truth that reality is formed within our consciousness rather than in the world of material things. This book will be available on May 5!

I did not know, when I first landed on India’s surf-sprayed shores, that I had embarked on a quest which would ultimately carry me even beyond the doctrines of mysticism and the practice of meditation itself, which for so long I had deemed the highest life open to man. I did not know, as I slowly but steadily penetrated to the inmost secrets of orthodox Indian yoga, that the enterprise of winning the truth about life would not only take me into and through its confines but also set me wandering again far beyond them.
…
Like the yellow-robed Indian yogis, I sat in trance, but later arose, first to compose a chronicle of their lives and then to tell my Western brethren of the way to find and the worth of finding this mental quiet. Yet, when the intermittent satisfactions of mental peace entered into conflict with an innate, ever-inquiring rationalism, tremendous questions slowly became insistent. I perceived that although the little pool of light in which I walked had indeed grown wider, the area of darkness beyond it was as impenetrable as ever.

But this was the same answer, which all mystics, whether in ancient Asia or medieval Christian Europe, had also found. Meditation on oneself was a necessary and admirable pursuit, but it did not constitute the entire activity which life was constantly asking of man. It was good, but it proved to be not enough. For the efflux of time had shown me the limitations of mystics, and more time showed that those limitations were accountable by the one-sidedness of their outlook and the incompleteness of their experience. The more I associated with them in every part of the world the more I began to discern that their defects arose out of sheer shriveled complacency, the hidden superiority complex and the holier-than-thou attitude which they had unjustifiably adopted toward the rest of the world and also out of the premature assumption of total knowledge of truth when what they had attained was only partial knowledge. The conclusion was finally forced on me that the perfection of human wisdom would never develop out of any mystical hermitage and that only a synthetic complete culture could offer any hope for its unfoldment.

Thus I gradually travelled a road of reflection which made me see that the Maharshi’s classic formula for meditation, Who Am I?, which I discovered later, was also used by certain old Sanskrit authors, was not enough, albeit admirably proper in its own place as a milestone on the way to wise self- mastery. For this reason I deemed it advisable some years ago to alter this formula, which I did when writing my more recent books, where I offered this seed for analytic meditation with the new variation, What Am I? The difference between the two short initial words was a difference of only two letters on paper but of a most important divergence of outlook in thought. The word “who” was a personal pronoun and formed fit inquiry for the mystic who was preoccupied with himself as an individual and separate entity, whereas the word “what” was an impersonal interrogative pronoun whose reference rose to a higher level. “Who Am I?” was a question which emotionally presupposed that the ultimate “I” of man would prove to be a personal being, whereas “What Am I?” rationally lifted the issue to scientific impersonal inquiry into the nature of that ultimate “I.” Not that the first formula need be abandoned. It was necessary and excellent in its place, but that place was for novices, while the further formula was for the use of those on a higher level.

The passage of the last few years, with its widening comprehension consequent on incessant search and its gradual growth of unusual experience, did not permit me to rest satisfied even with this important development. The instructive episodes of daily living confronted me, with deepening disillusionment, with the limitations and deficiencies of mysticism and the intolerances and defects of mystics, from whom I did not even exclude myself, and the efforts to understand the problems that arose eventually brought me to see the insufficiency of even this expanded outlook. I saw that just as resigned religious faith in mere dogma was insufficient for the mystic, so his own intuitional feeling was insufficient for me now, and that intuition must be put in its proper place and not be expected to perform miracles. Both had been tested and found incomplete.

Yet the other source of knowledge available—intellect—was also realized on all sides as imperfect likewise, and unable to stand the test of experience. It could become as deceptive as the other ways. For intellect was logical thinking, and Archbishop Whately had once proved, with perfect irony, that logically we were well entitled to doubt the historic existence of the great Napoleon! Logical induction was quite useful so far as it went, but it was too incomplete to yield finality. Its results were always liable to change with further experience. There was something in all these three ways which man needed for balanced living. I had used this combination for years, taking guidance from the words of men deemed wise, i.e., authority, from my own sensitive feeling in meditation and ecstatic absorption, i.e., mysticism, and from the check of self-doubt and self-criticism, i.e., intellect. Indeed I had prided myself on being a rational mystic and on refusing to be cast in the conventional shape. Yet even the totality of this combination did not suffice to unveil a truth that need never be revised. Was a further and finally satisfactory source of obtaining knowledge available? This question also demanded an answer.

Excerpted from The Hidden Teaching Beyond Yoga: The Path to Self-Realization and Philosophic Insight, Vol. 1 by Paul Brunton. (c) 2015, North Atlantic Books. 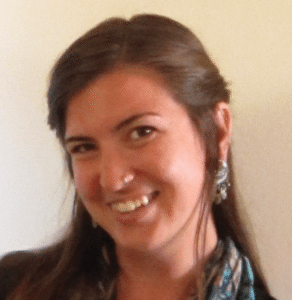